Just Another Brick in the Border Wall

It would have been nice starting off the New Year on a positive note.  Unfortunately, the world is not a positive place.  Approximately 800,000 of my fellow federal civil servants are either sitting at home not getting paid…or working…without getting paid.

The reason…over a border wall that will be ineffective and therefore a complete waste of money.

It’s pretty clear the Republican Party did not learn from the last major federal government shutdown.  They bore the blame of that one…just like they will bear the blame of this one.  Yes, Donald Trump is not a “true” Republican.  However, the “Greedy Old Party” GOP sold their soul to the Devil when they brought President Trump into their fold just so they could secure the majority in everything.  Therefore, the Republican Party is guilty by association.

It’s time to reap what they sowed…

The Democratic Party will own the 2020 elections…as long as they don’t screw it up.  They’ve already taken advantage of the situation.  The now majority Democratic House of Representatives wasted no time in drafting/passing bills to end the impasse.  Many say it’s nothing more than a political ploy.  It probably is.  However, it looks like the Democrats are doing something.  While the Republicans sit on their asses doing nothing.  Perception is everything.  Perception is truth, even if it isn’t.

However, that’s not the point here…

Unfortunately, it feels like shutting down the federal government has become nothing more than yet one more ploy utilized by the closed-minded to try and get their selfish ways.  This is wrong.  A government shutdown should never be an option.  It makes the United States of America look stupid…incompetent…incapable.  What does it say to the world when arguably the greatest Democracy in the world can’t even keep their own government up and running?  We as a people should be embarrassed when our federal government shuts down. The ignorant that support it should be embarrassed of themselves as well.

And that isn’t even the point here…

The point is federal government workers are the backbone of this country.  Many are behind the scenes…unseen…unheard…doing the mundane things that keep this country operating safely and efficiently.  The average American has no idea just how much federal employees impact their lives.  Federal employees do not deserve to bear the brunt of the ineptness of our so called “leaders” in Washington D.C.

I believe if we are going to shut the federal government down, we should do it properly.  First, anytime all or any part of the federal government shuts down, our “leaders” in Washington D.C. get furloughed as well and report to work without pay.  After all, they are federal employees as well.  If other federal employees aren’t getting paid, why should the idiots that caused the shutdown in the first place be paid?

Then, instead requiring “mission essential” federal workers to report to work, shut it completely down.  No FAA, no TSA, no Border Patrol…nothing.  Then let the chaos ensue.  How many minutes…hours…do you think it would take for this country…the world… to come to a complete standstill?  It’s only when every American is adversely impacted, that shutting down the federal government no longer becomes an option in the silliness that has come to define today’s American politics.

Naturally, we know this won’t happen.  Our “leaders” in Washington D.C. would never vote themselves out of a paycheck.  I mean…they have bills to pay dammit (apparently the federal workers that are currently being furloughed don’t)!  As for shutting it down completely, we know that won’t happen either.  Thankfully those mission essential employees that are forced to work without being paid have the moral compass and work ethic to do the right thing…unlike our “leaders” in Washington D.C.

Hopefully this latest federal government shutdown will come to a close sooner than later.  I’d like to believe that lessons will be learned from this…but I know better.  As our “leaders” in Washington D.C. continue to view compromise as a dirty word, it’s only a matter of when the next shutdown will occur.  Once again, federal employees will pay the price for the ineptness of our so called “leaders” in Washington D.C. 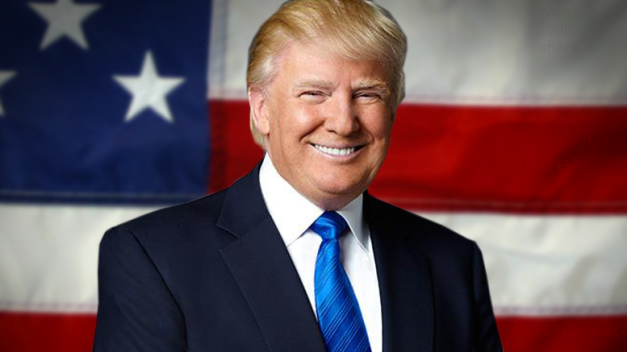 I’d be smilin’ too if I was still getting paid!!

Well…the ultimate “it’s never gonna happen” has happened…Donald Trump is officially the 45th President of the United States of America.  For some, this is a time of great rejoice.  For others…not so much.  Regardless of which side one finds themselves on, life goes on.

I didn’t watch the inauguration.  Certainly not out of protest.  That whole movement to boycott the inauguration was both silly and absurd (spoiler alert, even if you boycotted the inauguration…Donald Trump was still sworn in as President).  My reason for not watching was simple.  The inauguration is nothing more than pomp and circumstance, driven by rhetoric.  Another opportunity for President Trump to tell us what he’s going to do.  Been there, done that…heard it.  I’m tired of rhetoric and talk…now is the time for action.

It remains to be seen what that action will be.  We’ve heard a lot of promises.  If history is any indication though, President Trump will be hard pressed to achieve even a minority of those promises.  Certainly, his odds are better with a GOP dominated Congress.  However, even that is questionable.  It’s no secret that Donald Trump is not a “real” Republican.  In addition, we’ve already seen the Grand Obstructionist Party’s inability to lead even when the opportunity is handed to them on a silver platter.  Which only serves to make the future that much more uncertain.

The 45th President of the United States….Mr. Donald J. Trump

As we wind up our 4th of July weekend, I can’t help but wonder what our Forefathers would think of today’s United States of America.  On one hand, I believe that they are proud of the fact that we’ve kept this grand experiment that is Democracy alive for so long.  Because in reality, it should have failed a long time ago.  Yet, we somehow manage to keep it going.  Yes, we aren’t a true Democracy.  Yes, we are dysfunctional.  Yet, no one does Democracy better on the macro scale than the United States of America.

However, I also believe our Forefathers would be quite ashamed of today’s America.  Politicians, and Citizens alike have perverted key aspects of our Constitution.  Freedom of Speech, the Right to Bear Arms, and Separation of Church and State have been twisted by the few….at the expense of the Country.  Capitalism, which is what set our country apart from any other, is what threatens to tear this country apart.  Today’s American, born out of the “Politically Correct” era, has become the mainstay of todays “Self Expectant” era.  Today, We the People believe because we exist, we deserve everything everyone else has.  While it is difficult to determine the assumption of this country’s Forefathers, I’m quite sure this is not what they had in mind for the future of this Nation.

As we look to the future, we must change our ways.  Corporations are not Individuals.  Gun toting wanna-be soldiers do not have the right to display their semi-automatic weapons in public.  While this country does not have an official state religion, those that worship their god DO NOT have the right to force their perceived deity and beliefs upon those of us that know better.  Greed driven Capitalism…is not the way.  And to those that believe they deserve everything because they breathe…you don’t.  The reality is there are those that have done more, and better than you…and therefore deserve more.  I like to believe this…is what our Forefathers had in mind for the future of this Nation! 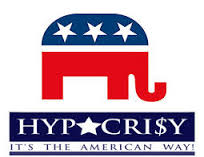 Yes, This is My Right