Well, it’s official.  Senator Ted Cruz has announced he is running for president in 2016.  His “coming out” wasn’t necessarily a huge surprise.  Speculation has swirled seemingly from day one regarding Ted Cruz’s presidential aspirations.  Unlike many of his contemporaries that continue to play the “maybe I am, maybe I’m not” game, I commend Mr. Cruz for having the “intestinal fortitude” to make his presidential intentions known beyond a reasonable doubt.  Considering the size of Mr. Cruz’s ego, I’m actually surprised he waited this long to make his announcement.

It is no secret that I am not a fan of the person or politician that is Ted Cruz.  However, I couldn’t be happier that he is throwing his hat into the presidential ring.  For one thing, by running for president, Mr. Cruz further fractures a very tumultuous Grand Obstructionist Party.  We’ve already seen glimpses of dissent within the now Republican controlled House and Senate.  These fissures within the Republican Tea Party will only grow larger with Sen. Cruz running for president.

Another reason why I’m happy Ted Cruz is running for president is he will now have to come out of the shadows and be held accountable for his beliefs and intentions.  Up until now, Sen. Cruz has been able to get away with blaming President Obama for all perceived wrongs while sitting back in the relatively safety of the masses of his fellow representatives.  As a presidential hopeful, Mr. Cruz will no longer be able to enjoy that “safety net” that comes with being one of the many.

In addition to losing his safety net, Ted Cruz will now be on the hook for identifying and explaining realistic and practical solutions for the problems facing this country.  Based on what I have seen and heard so far from Sen. Cruz, his only current “solution” is blaming President Obama.  Amongst many things, Ted Cruz wants to repeal the Affordable Care Act and abolish the IRS.  Yet when pressed for details, he is unable to offer any practical and attainable solutions that would replace these entities.  As the presidential race heats up, time will prove that Ted Cruz is long on ideology and lacks practical solutions for solving this country’s challenges.

Realistically, Sen. Cruz’s chances of becoming President of the United States is a long shot.  While he has appealed to the radical few, he’s also alienated the more moderate majority.  Due to his past antics, Mr. Cruz will be hard pressed to garner the support he needs to win his own party primary, much less the presidency.

However, part of me is also concerned.  As bombastic as Ted Cruz is, it is plausible he could win.  In today’s day and age of smartphones and political correctness, anyone and everyone is just one misstep away from going from champ to chump.  Sen. Cruz could win not because he is the best person for the job.  He could win because he is the lesser of the eligible evils.

While I commend Mr. Cruz for leaving no doubt regarding his presidential aspirations, I believe his doing so will finally prove to the world just how incapable he will be of attaining such a lofty goal.  While I believe Ted Cruz is a long shot to win the presidency, I also worry he could win based on the misfortunes of others rather than his own merit.  While Sen. Cruz was not solely responsible for the 2013 federal government shutdown, we must remember his actions went far towards ensuring the shutdown occurred.  Let us not forget, Mr. Cruz chose to waste valuable taxpayer time, money, and resources reading Dr. Seuss’ “Green Eggs and Ham” to his daughters from the Senate floor rather than take action to avoid the shutdown.  Ted Cruz has proven his willingness to advance his own personal agenda at the expense of the good of this country.  Is this really the “leader” that we want to represent this country as President?  Only the future will tell for sure.

Re-branding…Well…It Sounded Good at the Time!

So it appears the Republican Tea Party’s way to “re-brand” itself is to keep doing the very things that make it completely repulsive to those that know better.  The latest Republican “re-branding” initiative…sue Obama!  The rationale behind this complete waste of valuable time, money, and resources… President Obama has “overstepped his executive powers in carrying out his landmark healthcare reform law” (McGinnis, 2014).

Apparently, the Grand Obstructionist Party’s (GOP) previous attempts to undermine the Affordable Care Act (aka Obamacare) 54 times weren’t enough. Nor were its 6 attempts to repeal Obamacare outright (York, 2014).  Instead of moving on and addressing the pertinent issues confronting this country, the Republican controlled U.S. House of Representatives chooses to pursue through the judicial what it could not accomplish legislatively.  Ted Cruz, the egocentric poster child for the Republican Tea Party, highlighted just how infatuated his party still is with undermining and/or repealing Obamacare despite repeated epic failures to do.  At a recent Young America’s Foundation conference, Mr. Cruz “forcefully argued that Obamacare is not here to stay” and that upcoming “elections should be about many, many things,” the Texas Republican said, listing jobs and growth as examples. “But they should be about repealing every bloody word of Obamacare” (Killough, 2014).

While many conservatives feel the President has “overstepped” his boundaries, I counter today’s Congress has “understepped” theirs.  It is Congress’ responsibility to enact the laws that keep this country moving forward.  Unfortunately, today’s “leaders” in Congress exert a lot of effort blaming President Obama rather than investing that effort in finding solutions to the problems that face this country.  As a result, Congress chooses to do nothing …or settle for some half-assed short term stop gap, rather than do its job and make the hard decisions necessary to keep this country functioning.

Ironically, Ted Cruz and the Republican Tea Party have only themselves to blame for the Affordable Care Act’s implementation.  Their “do-nothing” attitude created the need for someone to step up and take care of business.  This is exactly what President Obama did, he stepped up.  The reality is this nation’s healthcare system is a disgrace.  As rich and “evolved” as this country is, it is despicable that all Americans do not have access to quality, affordable health care regardless of their socioeconomic status.  Congress, especially the Republican Tea Party, had ample time to address the disparities adversely impacting the nation’s healthcare system.  But like every other issue, they chose to do nothing.

By no means is the Affordable Care Act perfect.  Yet, it is a step in the right direction.  Despite its rocky start, it is working.  The fact that it is working is what upsets the Republican Tea Party the most.  Even more upsetting is the fact that every proposal drafted by the Republican Party to overhaul our nation’s healthcare system after Obamacare was already implemented (apparently better late than never is good enough) was an epic failure and embarrassment.  Which means this latest ploy by House Republicans to sue the president has nothing to do with overstepping boundaries.  It has everything to do with soothing their bruised and battered egos.

President Obama did what no one else was willing to do, and that is “overstep” and take action.  This latest stunt by the House Republicans to sue the President is nothing more than one more shenanigan in a long line of wasteful inaction.  Ted Cruz’s crusade to repeal Obamacare is just one example of how out of touch and delusional he and his fellow band of radicals truly are.  Despite the fact there are pertinent issues facing this country that must be addressed, the Republican Tea Party continues to “re-brand” themselves by deflecting their own inadequacies and deficiencies onto the President.  If only Congress would put as much energy into actually taking a stand and taking action as they do blaming President Obama, they might actually get something useful done for a change. 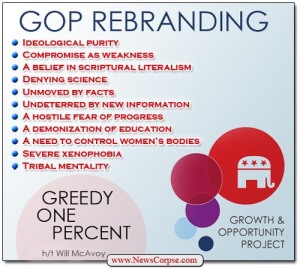